The vinyl resurgence is showing no sign of slowing. What was once seen as a passing fad looks like it's here to stay.

If you're ready to start collecting vinyl, you'll need to buy a record player (also called a "turntable"). But where do you begin? The choice is seemingly endless.

Here's what you need to know about buying a vinyl record player.

A record player is a complex device. But the idea behind it is both simple and ingenious, resulting in its important place in the history of music.

A vinyl record contains a tiny groove that runs from the outer edge to the center of the disc. The groove is imprinted with a series of ridges you can't see with the human eye.

Put them under a microscope and they look like this:

When you place the turntable's needle onto the record, the record starts to spin and the needle begins traveling along the groove. As it moves, the ridges cause the needle to vibrate, and these vibrations are turned into sound waves. The waves, in turn, get amplified and become music.

Using a record player is simple:

There are three different types of record player, and the process can differ depending on whether you choose a manual, automatic, or semi-automatic machine.

This refers to the method used to place the needle on, and remove it from, the record. On an automatic system, it happens at the push of a button. With manual systems, you need to lift the arm and place it on the record yourself. On a semi-automatic table, you place the needle manually but it lifts off on its own.

Most mid to high-end turntables are manual. It's not really a big deal either way---if you don't have a steady hand, you could end up scratching the record, but you'll likely pick up the technique quickly. It isn't all that difficult.

There are three different types of vinyl record. They rotate on the turntable at different speeds, measured in revolutions per minute (RPM). Record players have a speed switch that you need to manually change according to the type of record you're using. 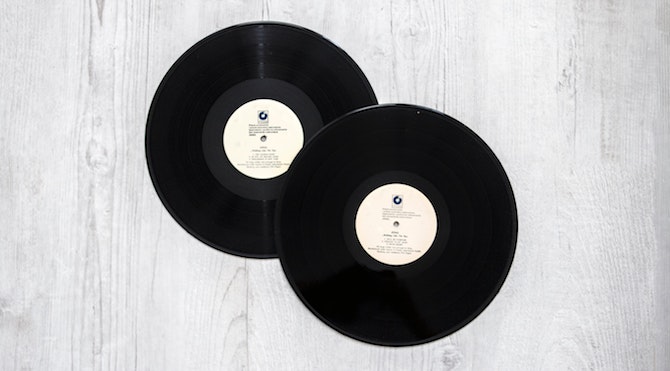 Every turntable can play 33 and 45 RPM records. Only those classified as "three speed" support 78 RPM. These old records have wider grooves, so you may need to replace your stylus to play them. But unless you're planning to collect records pressed before the mid-1950s, you don't need to worry about 78 RPM.

Because record players are analog systems, you're not guaranteed the same precision that you'd expect from a digital device.

Just because a player is set to 33 RPM doesn't mean the record will revolve at exactly 33 RPM. Many factors can affect the speed. Some players may run slightly slower, and some may even be slower when the needle is on the outer edge of the record and speed up as it gets closer to the center.

You can get apps to test the performance of your turntable. Try RPM Calculator for Android or RPM - Turntable Speed Accuracy for iOS. Both apps are free.

4. The Best Position for a Record Player

Once you've bought your record player, it's important to make sure you put it in the right place. It sounds obvious, but there's more to it than just clearing a spot on a shelf.

Turntables produce sound through vibration, so they will also turn external vibrations into sound. This is usually in the form of a hum. Excessive vibration can even cause the needle to jump and skip.

Place the turntable on a sturdy surface away from any potential interference. If you still have problems, you can pick up an isolation system or a specially designed turntable shelf that dampens vibration. 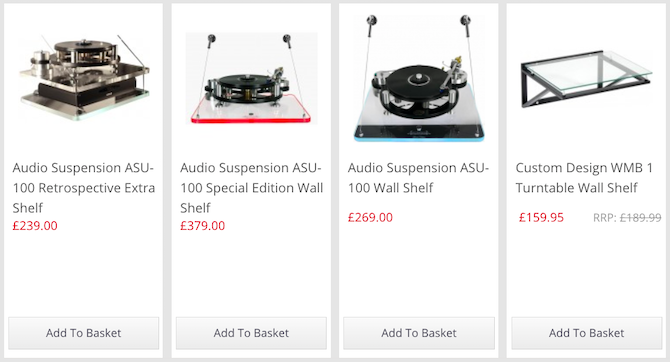 Vibrations can also be self-imposed, often through the use of lightweight components. For this reason, you'll want to consider how upgradeable a turntable is before you buy it.

5. How Upgradeable Are Record Player Parts?

How upgradeable a system is generally depends on its price bracket. Entry-level systems are ready to go right out of the box, while you're expected to expand higher-end models with additional components. 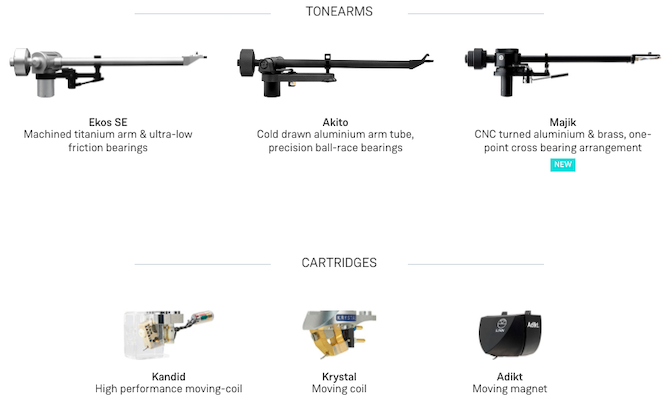 That being said, there are always a few parts that you can change, though some are easier than others.

That's not all. You can upgrade nearly every other component on a record player for a newer, better model.

A popular (and very easy) upgrade is to add isolation feet underneath the base of the turntable. These will serve to reduce vibration and can be as cheap as a few dollars.

Most budget turntables are retro-styled players in plastic casing with their own built-in speakers. It's everything you need to give vinyl a try, or to give your parents' old record collection a listen.

But if you're looking for the warmer, richer sound that vinyl fans eulogize, you'll need to spend more. Pushing your budget up to the next level will give you noticeable improvements. But this is also where it gets complicated.

Suddenly, you're budgeting for a whole lot more than just a record player. And when you get to the high end, you virtually have to configure the whole machine yourself to get the best out of it.

In short, you get what you pay for. It's a good idea to pay beyond the bare minimum, but it's definitely easy to end up spending more than you wanted to, so be careful.

For the best beginner record player we'd recommend the Audio-Technica AT-LP120XUSB. It's a well-specced, fully automatic, three-speed player with built in pre-amp and USB port. Thus, the LP120 enjoys great reviews. It's affordable enough to get started with, but you shouldn't outgrow it as you become more immersed in your hobby.

If you've got more money to spend, take a look at brands like Rega, Pro-Ject, and Clearaudio. (These will take you more toward the mid-range and may give you an even better return on your investment.)

And remember to go through our list of the best record players for all budgets. Just remember that the higher in price you go, the more you'll need to budget for the extras too.

Finally, look at whether you want a fully analog player with a completely separate digital music collection, or if you want a turntable with a built-in USB port that you can use to digitize your vinyl collection. With a USB port, you can record the playback to MP3 in real time, crackles and all.

Most new vinyl records come with a card containing a code to download an MP3 version of the album. Amazon's AutoRip feature automatically gives you an MP3 version of records you buy. You can also digitize your vinyl albums manually.

Now is the perfect time to get into vinyl. Most new albums are released in the format, and you can pick up classics at rock-bottom prices at your local record store or on eBay. We bet you'll find plenty of reasons to love vinyl.

A record player will give you better sound quality than you'll get from any digital format, especially if you pair it with a great speaker system of quality headphones. Some players even support Bluetooth now, too.

Take a look at our guide to the best noise-canceling headphones for audiophiles to find out which to buy.