You've heard of firewalls, but what are they really for? Do they stop viruses? Can you manage without one?

There's a good chance that you are using a firewall right now. If your computer is running a modern operating system, a firewall is typically built in. Or you might be using a third-party firewall that you've installed.

But what is it for? And can you get by without it? Keep reading for reasons why you do, in fact, have need of a firewall.

First of all, let's look at what a firewall actually is. You need to understand that there are no flames, no spark, no fuel of any kind involved, whatsoever.

A firewall is a barrier or shield designed to protect your device from the data-based malware dangers on the internet. A device can be anything from a PC, phone, tablet, to a media server, TV, and many other devices besides.

Basic online activity looks like this: data is exchanged between your device and servers and routers in cyberspace. Firewalls monitor this data (sent in "packets") to check whether they're safe or not.

This is done by establishing whether the packets meet the rules that have been set up. Based on these rules, packets of data are accepted, or rejected.

Most operating systems (desktop and mobile) feature a basic built-in firewall. However, better control options and more reliable results are often gained from using a third-party firewall application. These are available either as standalone tools or as part of a security suite.

Firewall applications feature various automated tools that use whitelisting to check which apps should accept and reject internet access. This is something that most users might find far too time consuming to do manually.

Now that it's clear what a firewall is for, it should make sense to have one installed and active. But just in case you're still doubtful, lets look at some more reasons why you need a firewall.

One of the worst things that could happen to your computer is if someone attempts to take control remotely. You don't want a remote intruder to usurp your digital kingdom, assuming control of your data.

With a correctly configured firewall (and a modern OS) you should have remote desktop access disabled. This will prevent hackers from secretly taking over your computer

Note, however, that this does not block the remote control apps used by the Windows tech support scammers. These are browser-based and rely on the scammers fooling you for permission. As your browser already has permission to route data through the firewall, you'll continue to be susceptible to this risk. Remain vigilant!

Illegal copies Windows found on the Bittorrent networks often come with malware (Trojans, keyloggers, backdoors) preinstalled in the disk image. If you're running one of these, even with a firewall installed, you're likely to have security issues.

Incredibly, there are still people using Windows XP and Windows 7, despite them being released in 2001 and 2009, respectively. Worse, some of them are using these operating systems without a firewall.

You read that right. The internet has a lot of bad code traversing the cyberspace, waiting to pounce on unprotected PCs. While your ISP can help prevent this, its intervention is limited.

So, you Windows 7 users out there (14% of computers as of June 2019) do yourselves a favor. Install a third-party firewall just to make sure.

Once you've done that, begin the process of upgrading. Upgrade to Windows 10 if possible, or even to Linux. Or simply buy a new computer capable of running a modern, secure operating system.

Because right now, you're an easy, live target for hackers.

Online gaming is one of the most significant internet activities, but it is also a potential security risk. Various malware has been developed that targets online gamers, existing on unsecured or recently compromised game servers.

While game publishers usually keep on top of security on their servers, using a firewall is smart. Any attempts by hackers to use their malware to get into your system will be blocked, leaving your system secure.

In most cases, the firewall will configure itself based on the requirements of the game, using information provided in metadata.

Note that security suites often ship with "Gaming Mode" or some other similar option pre-installed. Use this to optimize your computer before launching your favorite game and ensure the best available performance. If there are problems, you can consult the game's support pages and edit the firewall application settings.

Console gamers can take advantage of hardware firewalls or routers if there is a requirement to edit settings.

For further security, consider a VPN for online gaming.

We've been talking mainly about blocking hackers and various types of remote access malware so far. However, firewalls are capable of more than this. Firewall applications usually also feature the option to block specific online destinations, including adult websites.

Content filtering is usually found in parental control applications, but is increasingly included in firewalls.

Note that in the UK and parts of the European Union, content blocking might be managed by the ISP. This is an opt-out service, requiring you to inform the ISP if you want to disable the block. 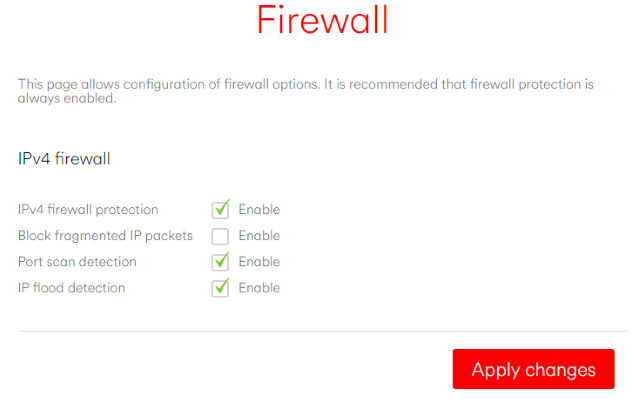 As alluded to above, firewalls don't necessarily have to be software. Hardware firewalls are found in most homes, built into the router.

Accessing these firewalls settings requires the administrator credentials for the router (make sure you've changed the default password). Once signed in you should be able to review the options and change them if necessary.

Make sure you check the documentation for your router to familiarize yourself with the settings before saving any changes!

With all of this in mind, it's worth considering what a firewall cannot do. We've already mentioned malware, but this encompasses the whole gamut of Trojans, viruses, worms, etc. While a firewall should block backdoor access via a Trojan, there's a chance that this can be bypassed.

Worse still, firewalls cannot tackle viruses, worms, keyloggers, and other malware. Therefore, a firewall must be used in conjunction with an anti-virus tool.

These days, the antivirus market is increasingly difficult to navigate. What you need is a list of the best security and antivirus tools.

Moving files between Mac and Android has always been a pain. Android uses MTP (Media Transfer Protocol) to share files with a computer, and while Windows has native support for this, macOS doesn't.

Google's official solution is the Android File Transfer app, which is buggy and frequently stops working. Fortunately, there are other ways to transfer files from a Mac to an Android device. Let's look at the best wired and wireless methods.

A USB connection is still the best way to copy huge amounts of data to your phone. USB 3 can be faster (depending on your router) and is also less likely to break mid-transfer. This is especially important if you're moving a single, large file.

And unlike the wireless option we'll look at below, USB also works for moving files in both directions: to your phone, and back to your computer.

OpenMTP is a free, open source replacement for Android File Transfer. You can download OpenMTP from the official website, as well as examining MTP's source code on Github if you want to.

The app offers a solid range of features, along with greater stability that makes it better than the official Android app. It supports:

A handy touch in the program is that you can choose different settings for your phone and Mac.

Before you get going, it's a good idea to uninstall Android File Transfer from your Mac. It doesn't conflict, but if it's left installed, AFT will continue to open every time you connect your phone. This means you'll have to keep closing it down before using OpenMTP.

Now connect your phone via a USB cable. On most phones or tablets, you'll see a notification in your shade titled Charging this device via USB. Tap this, then set Use USB For to File Transfer.

OpenMTP will now launch automatically, and should connect to your phone. If it doesn't at first, reconnect your device, then click the Refresh button above the right-side pane of the OpenMTP app. You're now ready to start moving files.

If it still doesn't respond, or if you have any other problems, check out our guide on what to do when your Android phone won't connect to your computer.

OpenMTP is pretty intuitive to use. The interface is split into two panes, with your Mac's files on the left and your phone's on the right. Transferring files to and from your device is as simple as selecting your files first, then dragging them from one side of the screen to the other.

You can navigate your way through the app just as you would a typical Finder window. Click through the folders to locate the files you want, and where you want to store them.

Select the Storage button above the right pane to switch between internal memory and your storage card, if your phone has one.

You can't use the app once you've started a file transfer, and you also can't cancel a transfer once it has begun. So if you're moving a lot of data, it's a good idea to select it all and do it one go, rather than one file at a time. Tick the checkbox above a folder to select that folder and all of its contents.

OpenMTP also enables you to carry out basic file management tasks on your phone. You can create a folder by right-clicking in the pane and selecting the New Folder option from the menu. You can also move files around into different folders, or delete them with the trashcan icon in the toolbar.

If you don't want to bother with USB cables, but don't want to use the cloud either, then Portal is a good place to start with wireless file transfers.

You can download Portal on your Android device free from the Play Store; it shares files over your Wi-Fi network via a web browser. All you need to do is ensure both your phone and Mac are connected to the same network---you don't even need to sign up for anything.

To get started with Portal, point your desktop browser---Safari works, if that's your browser of choice---to portal.pushbullet.com.

Move files to your phone by dragging and dropping them into the browser window. They will begin uploading instantly. It's quick too, because the files aren't going over the internet.

Once received, music files are sorted into the Music folder, and images in the Gallery. All other files are saved into a new folder in your internal storage called Portal. You can also share or open your uploaded files from directly within the Portal app by tapping the Share button and choosing a relevant app.

Sadly, Portal only allows for one-way transfers, from any computer to your Android device. Also, while Portal used to be available for iPhone, the iOS app is no longer on the App Store.

But it's so fast and reliable---even when working with huge files---that even if you rarely use it, it's one of those select apps that are worth keeping installed just in case.

Send Files From Mac to Android

We've explored the two best ways to transfer files between Mac and Android without needing to use Android File Transfer. Feel free to uninstall AFT now, as you won't need it again.

OpenMTP is fast and reliable, and offers one of the quickest ways to move your files. Portal is convenient, as you can use it on any device with a web browser without even needing to install any software.

You just need to decide which connection method works best for you---or you can use them both if you want to.