You need SD cards for an increasing number of devices. They're the most common form of removable data storage for portable devices, including cameras, baby monitors, and cell phones. But if you're not well versed in what they actually do, SD cards can be particularly confusing.

So what's the difference between an SD and MicroSD card? How do you decide which is the right SD card for your device? And what questions do you need to ask before buying a memory card?

Secure Digital Cards are typically small units which offer supplemented storage of data. Both SD and MicroSD cards do this, but have different uses and come in different sizes. Buying the wrong one is a common mistake when purchasing SD cards.

Think of them as comparable to USB Flash Drives, albeit for portable devices.

We'll tackle the four main things you need to know about:

MicroSDs have a more limited capacity, the standard models only accommodating 2GB. However, MicroSD card variations mean they can support several TB (in the case of a MicroSDUC). The price will reflect this.

So when browsing for a new storage device, what questions do you need to ask yourself?

What Do You Actually Need an SD Card For?

Presumably, you have a device in mind which needs additional capacity. 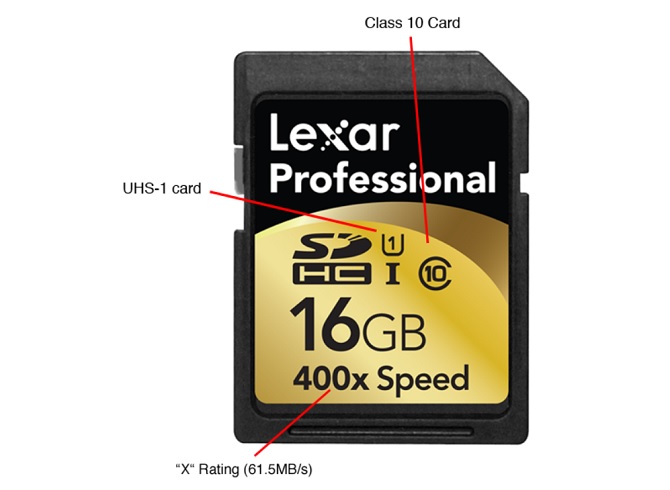 You can probably guess that MicroSDs are physically smaller---around the size of a fingernail. There are actually three different sizes of SD cards that you can choose from:

Each of these pertain to the device. If you've not trashed it, check your manual for exact specifications. The device itself should have basic details listed anyway. Smartphones may use smaller SD cards than cameras, but they are still SD cards.

For most purposes, you really only need to know the basic difference between MicroSD and standard SD cards: that is, they're designed for use in different slots. Measure the slot if required.

If you're not sure which is best for your device, check our comparison of compatible cards.

Storage capacity needs are based on the type of media you need to record. You can currently find four primary types of cards with different capacities:

This can be troublesome because your device probably won't accept all sizes. Buy too large a capacity and you've wasted significant money; too small and your data will be compromised.

As a general guide, capacity is dictated by what your device is used for. Video takes up more space than images, for instance. We'll come back to this.

Consult your manual if you still have it. Otherwise, some users will have posted specifications online. If in doubt, email the makers.

Remember: there's 1024MB in 1GB and 1024GB in 1TB. Let's say you're using an SD card to store photos. Your camera should tell you the size of RAW images. Let's posit that a HD RAW image is 25MB. A 2GB SD card would cache just 80 pictures. You can see why the original SD cards have largely been replaced by SDHC and SDHX.

Don't let card classes and "X" rating or "X" speeds put you off.

Speed is a limiting factor, especially when it comes to recording video. The class denotes the minimum MB per second that the card can write. The higher resolution you want to store, the higher class you need.

Four basic classes are available---Class 2, Class 4, Class 6, and Class 10---and tell you the minimum write speed of the card. That means a Class 2 SD card writes at a minimum of 2MB per second, Class 4 at 4MB per second, and so on. You'll find these in a circle on SDHC cards. These are best for standard definition video and HD images.

On SDXC cards, the class number can be found in a beaker-like icon. A 1 denotes 10MB per second, while a 3 indicates 30MB per second. These are typically fine for 4K UHD content and smaller formats.

Finally, there are Video Speed Classes, demonstrated by a number aside a slightly larger "V". These begin at V6 (6MB per second), V10 (10MB per second), then upwards in multiples of 10, up to V90 (90MB per second). V6 is still okay for standard video and sometimes UHD.

However, the higher class you go, the better resolution it'll store. V90 will even store 8K video. V60 is best for 4K UHD, but V10 will also give you decent 4K quality.

You don't necessarily need an SD card with a Video Speed Class listing to record video. However, we advise one for game systems like the Nintendo Switch.

The "X" rating or "X" speed is actually just how many times faster the card writes down information compared to a standard CD-ROM drive. Generally, you don't need to worry about this; some SD cards won't even bother displaying it.

This is the same advice, no matter what product you're buying. Shop around!

Compare prices to make sure you're not spending too much cash on a particular store, brand, or size. Sometimes, you can get a greater capacity at similar prices (if your device accepts it).

Just make sure whatever you're looking for is a comparable product. It's no use finding an SD card much cheaper but an untrustworthy brand or smaller size.

The more reputable a brand name, the more you're sure you're investing in a quality product… right? If you're unfamiliar with a company, search for them elsewhere. Just because you haven't heard of them doesn't mean they're not good. Equally, if you prefer to put your trust in a wider-known name, that's understandable, but not watertight.

Some device manufacturers will advise particular SD card brands. Don't entirely disregard this---some are based on research to optimize performance of specific products---but also be aware that some companies are promoted over others. SD card makers might pay or otherwise incentivize recommendations.

But beware. Fraudulent technology is always a worry, and buying a fake SD card can mean losing important data and potentially wrecking your device.